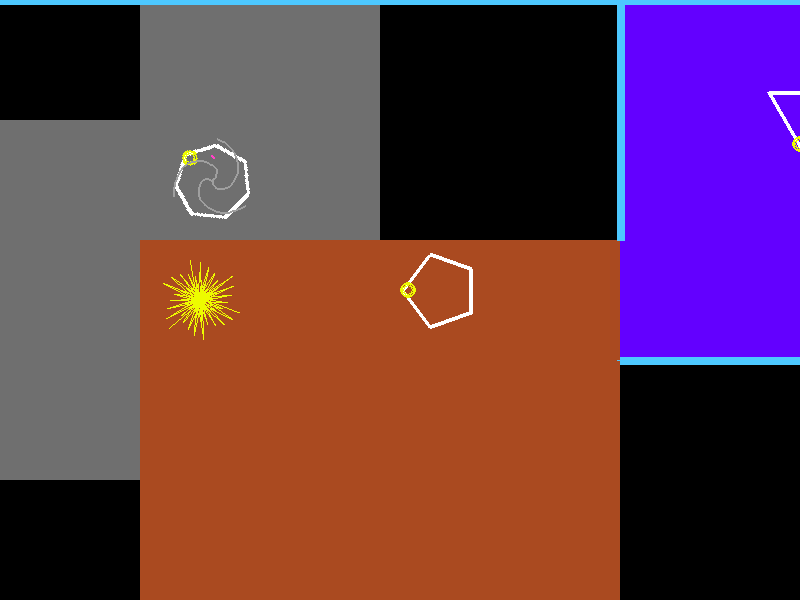 This project is an digital interactive art piece which will be available at Burning Flipside 2018.
Created by Benjamin Bradley http://wegeekout.com

It started with a homemade Shadow Puppet Theater. A white sheet against one wall of an EZ-up shade structure, and a super-bright LED aimed at it. An array of cardboard cutout silhouettes of various animals and character archetypes lay on the floor, ready for action. People wandered in and played for a bit, and wandered off again after a while. In between these improvised “shows,” there wasn’t much to look at.

With Shadow Puppet Theater version 2, I introduced a “screen saver” type effect by putting a fan inside the theater pointing at the screen and hanging various air-powered movement toys inside (a slinky, a pinwheel, etc.). This made it fun to look at even when there was no one playing inside. However, a show tends to move all of the movement toys out of the way, so I would have to go in and “reset” the stage after every performance.

This inspired the current project, which is an interactive digital art piece, with which players can interact when they care to, and which will take care of itself when they don’t.

A world to explore. Each of us is different, yet we explore a common world. We share what we have learned with each other for mutual benefit. There are no words or symbols that convey meaning in language in the game. There are no points or objectives other than exploration.

All meaning of the events on the screen is open to the user’s own interpretation.

The software has been optimized to run on a Raspberry Pi 3, displayed via projector, and controlled with a SNES-style controller. Hardware footprint and power requirements are small (100-150W), ideal for the Flipside event space.

The source code is available to download and run via a public repository (named pacworld) on github here.